KAMAS, Utah | March 2, 2020 – All West Communications, a Broadband, TV Streaming and Phone provider with operations in ...

KAMAS, Utah | March 2, 2020 – All West Communications, a Broadband, TV Streaming and Phone provider with operations in Utah and Wyoming, announced its partnership with Plume®, a smart home services platform designed to improve broadband coverage and speeds and help personalize and secure the home network. Powered by cloud-based artificial intelligence, Plume offers an integrated solution that is controlled from the Plume app.

The new service will further enhance the online experience for All West customers through custom guest access, parental controls, and AI security for added protection of their devices. Plume works alongside All West’s existing broadband connection, allowing customers to make the most of its ultrafast speeds in every corner of their homes.

“All West is excited to bring our community the next level of speed, personalization, security and control by partnering with Plume,” said Matt Weller, President of All West. “As leaders in broadband technology, we know that the modern smart home requires a personalized approach tailored to each person, home and device. Plume does just that.” 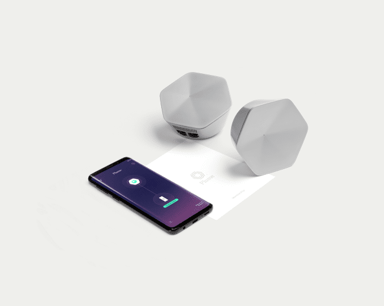 • Plume Adaptive WiFi™ which intelligently monitors, adjusts and optimizes your network for peak performance.
• HomePass® which lets users control guest and child access to their network, set up profiles, and pause access to the Internet.
• AI Security™ to detect and block potential security threats, customize content access, and block unwanted ads.
• Elegantly designed, powerful tri-band SuperPods that plug directly into wall sockets to ensure reliable coverage.
• The highly-rated Plume app puts you in control of all of these smart home services.

Plume will now be part of the standard offering for new and existing All West customers. The Smart Home Services offering includes up to two SuperPods for $9.95 with add-on pods available for an additional fee. For more information, visit www.AllWest.com.

About All West Communications
All West Communications is a telecommunication company based in Kamas, Utah and provides broadband, TV Streaming and phone services to rural communities from northeastern Utah to southwestern Wyoming. Our broadband-powered network delivers technology services that give people access to information, entertainment, and communications across town and around the world. We’re neighbors serving neighbors, dedicated to creating opportunities in the communities we serve. To learn more, visit www.allwest.com.

About Plume®
Plume is the creator of the world’s first Smart Home Services Platform. As the only open and hardware-independent solution, Plume enables the curation and delivery of new services rapidly and at massive scale. The Plume service bundle which includes Plume Adaptive WiFi™, HomePass®, and AI Security™ is managed by the Plume Cloud, a data- and AI-driven cloud controller currently running the largest software-defined network in the world. Plume leverages OpenSync™, an open-source framework which integrates into a broad set of silicon & platform SDKs for connection to the Plume Cloud. Plume’s smart home service and back-end product suites are proven to help communications service providers around the globe deliver on the promise of fast and reliable internet throughout the home, while increasing ARPU, improving NPS, and reducing call-in rates, truck rolls, and subscriber churn

Top 5 features of Plume our staff raves about

We believe in thoroughly trying out new products before we offer them to our customers. These are our top 5 features of Plume.

The Complete Guide to Getting Started With Plume

Plume is easy to use and the pods give you uninterrupted connectivity throughout your home with a boost of benefits delivered through the Plume app.

Everything You Need to Know About the Plume HomePass App Update

Plume HomePass has a new look! Plume released a new update for their HomePass app. HomePass allows you to easily set up and manage your Wi-Fi...