How All West goes to work for you - TV Channel Pricing

To bring our customers the best in TV entertainment, All West goes into contract negotiations once a year with channel ...

To bring our customers the best in TV entertainment, All West goes into contract negotiations once a year with channel network providers. In these negotiations, All West works hard to bring you the channels you want at a reasonable price.

Eight giant corporations own most of the networks you watch, as well as many of those you don’t. To continue increasing their revenue, they require us, your TV provider, to carry their less-popular networks as a condition of providing the most popular ones. 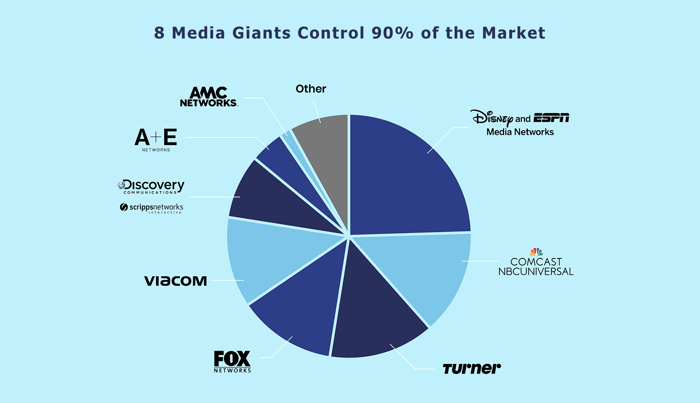 In addition, they use their size and market power to continually demand higher fees for their programming.

Since All West is considered a “small fish”, compared to major TV providers such as DirectTV, we have partnered with a third party that brings small telecoms together, which gives us more power when going into negotiations. Sometimes negotiations go smoothly and sometimes they don’t.

What happens when we don’t reach an agreement?

When networks demand higher fees, local cable operators like All West are forced to pass along some of these costs to customers. Our goal is to bring you affordable TV and limit price increases. If fees are too high we sometimes we have to put our foot down and say “no” to programmers.

When disputes occur, programmers will often take high-visibility TV programs off the air to negotiate deals in their favor. For All West and our customers, the impact can temporarily make channels unavailable or go dark. By doing this, they’re using you to put pressure on us to carry the channel but that can lead to higher fees, which only increases your TV bill. Our goal is to come to an agreement before this happens. All West has never had to go dark on a channel before but as the TV landscape changes, it could be a possibility.

We want you to know that our customers will always come first and we will do everything we can to bring you the best in TV entertainment. For more information on how we’re keeping channels on and pricing in check, please visit TVonmyside.com.

Customers can now sign up for e-billing and auto pay, see their bill history and pay online.

How We're Improving Up Times

Our IT and IP teams are hard at work making improvements to our network. We are reducing outages and outage times by improving our network

3 Easy Ways to Pay Your All West Bill

e never want our customers to feel frustrated so here is our simple guide on three foolproof ways you can pay your All West bill.